Microsoft’s first version of Windows appeared more than 35 years ago, marking what would become the most used operating system for personal computers. Windows has dominated my life and career for those past three decades, and yet it hasn’t changed dramatically since the Start menu interface was introduced in Windows 95 (let’s just pretend Windows 8 never happened).

Windows 11 isn’t a massive change either, but then it’s not supposed to be. Windows chief Panos Panay compared Windows to his family home last week, a place that has been renovated and changed over the years, but still manages to stay familiar and feel just like… home.

That’s really what Windows 11 feels like. Microsoft has a new design, a new Start menu, and a new app store, but underneath it all, it’s still the Windows you’ve been used to using for years. Windows 11 is a new and refreshing approach to an old and familiar home.

The biggest changes you’ll find in Windows 11 will be immediately obvious. A new Start menu appears alongside a taskbar that’s centered. It’s clear Microsoft has taken cues from macOS, Chrome OS, and even Android and iOS here. Gone are the Live Tiles with their widget-like information, replaced instead with a launcher and your recent documents and files. I’m a big fan of this new Start menu, and I think it acts as the front door that invites you to explore a refreshed and simplified version of Windows.

Where that simplification really starts to become obvious is in the Settings interface in Windows 11. Microsoft has been trying to move away from its traditional Control Panel ever since Windows 8, and nearly 10 years later we finally have a settings area that feels very easy to use.

It took me a few hours to get used to the new Windows 11 settings, but I do like the way Microsoft has carefully refreshed this to make it easy to find the settings you need. There’s a panel on the left that also lets you quickly navigate between sections, something you couldn’t do on Windows 10 without jumping in and out.

Settings, like many parts of Windows 11, isn’t perfect, though. If you’re used to searching for things like “add / remove apps,” then you’ll notice that setting doesn’t appear to exist anymore. There’s a dedicated apps section instead, with options to uninstall apps.

Settings also still throws me into areas of Windows I don’t want to see. Instead of building additional mouse settings into the main devices section, Microsoft will teleport you to a control panel applet that looks like it hasn’t been touched since the Windows XP days. It’s a far cry from the beautifully simple settings interface.

It’s also a reminder that this is a preview version of Windows 11, and that things are a little inconsistent at times and bound to change between now and release. There’s clearly more UI to be done, as the dialog box that you’re thrown into in the additional mouse settings doesn’t even have a dark mode if you’ve enabled it system-wide. That’s the same across the Task Manager, the Run prompt, and many other sections of Windows 11.

If you’re not a huge fan of this centered interface for Windows 11, it’s easy to move the Start menu to appear on the left-hand side and keep that familiarity you’re used to. Speaking of familiarity, File Explorer looks similar but different at the same time. Microsoft has overhauled the icons in Windows 11 and removed the ribbon interface in favor of a command bar. I prefer this personally, as it leaves more room for the files I want to manage.

I still think Microsoft could go much further with File Explorer to simplify things, and add tabs for power users, but there are some subtle changes here that will take some time to get used to. A new context menu is present across File Explorer, which means you now need to search for a rename icon rather than scan the context menu for the rename option. It’s a tiny change, but it alters the way you use Windows 11 daily.

Another obvious change to Windows 11 is the new Widgets section. While Microsoft added a weather widget to the taskbar in Windows 10, it has now been shifted into a dedicated section that flies out from the left-hand side of the screen. This reminds me a lot of Windows Vista, but these widgets can’t be dragged and dropped onto your desktop and pinned elsewhere.

I think widgets will be useful for some people, but they’re certainly not for me. I also greatly dislike that Microsoft forces you into its Edge browser if you click on links in widgets, instead of respecting your default browser in the OS. The search interface in Windows 11, which remains largely unchanged, also still forces you into Edge. This a gross part of Windows 11, and I hope this changes between now and release.

As part of Microsoft’s simplification effort in Windows 11, the volume fly outs, network controls, and notification center also get some subtle improvements here. I think Microsoft could still go further to simplify controlling app volumes and switching between devices, but for most people who just use a pair of headphones or a speaker the changes should be enough.

Where I really appreciate Windows 11’s changes is in multitasking. Windows has long had many different ways to arrange and snap Windows, accessible through the UI, keyboard shortcuts, or context menus. Microsoft has collected these all together and now presents them in the form of Snap Layouts, a button that appears when you hover over the maximize button on most apps.

I love this approach to surfacing something that’s a power user feature and allowing anyone to discover it. Coupled with Snap Groups, it should also mean that when you plug a laptop into a monitor with Windows 11, your apps don’t go flying around and Windows will intelligently remember where you place them.

The last significant change to Windows 11 that we’re able to test right now is the new Microsoft Store. To put it simply, Microsoft’s app store for Windows has sucked since it first appeared nearly 10 years ago. Microsoft is finally allowing developers to submit any win32 traditional desktop app, and the Microsoft Store has already become far more useful during a beta than it ever was before.

Apps like Zoom, OBS Studio, and Canva have already appeared in the store, just hours after Microsoft launched its Windows 11 preview. That’s an encouraging start, and Microsoft has promised Adobe Creative Suite and others will also be available soon. The Store feels a lot more lightweight now, and basic things like search don’t appear to break as they did often in Windows 10. I’m hoping that, coupled with Microsoft’s store revenue changes, developers will list their apps here and we’ll finally have a location to download Windows apps that doesn’t involve people searching for .exe files across the web.

Outside of what’s visible in Windows 11, Microsoft is also making some changes that will improve PC gaming thanks to the company’s Xbox work. The new Xbox app will be integrated into Windows 11, offering a much better way to download and install games from Xbox Game Pass, and eventually xCloud game streaming, too. There’s also the Auto HDR feature from Xbox, automatically improving compatible games where developers haven’t added HDR support.

DirectStorage, the same system used on Xbox, will also appear in Windows 11 to boost load times in compatible games. And there’s also Dynamic Refresh Rate, which will dynamically change refresh rates on laptops with 120Hz displays to save battery life. Microsoft is even adding in haptic feedback for stylus support in Windows 11, which means we’re about to see new hardware that will make inking an even better experience.

Some of the other big changes in Windows 11 aren’t quite ready to be tested yet. Microsoft Teams integration in Windows 11 isn’t here yet, nor is the universal mute for microphones, or the Android apps in Windows. All of those are big changes to Windows 11 that will undoubtedly make the OS feel like an even bigger step forward beyond Windows 10.

But underneath Windows 11, it’s still fundamentally Windows. Microsoft has done some impressive surface-level work here to make Windows 11 feel new, fresh, and still familiar. This is only a preview, but it’s clear this OS isn’t quite finished. There are some inconsistencies across built-in apps and areas of the OS where you can feel that Microsoft is still mashing together Windows from a decade ago with this modern UI.

I truly hope those inconsistencies will be cleared up in the coming months, because Windows 11 feels like a really solid foundation. Much like Panos Panay said about Windows being a home, the Windows 11 preview is a home renovation phase where Microsoft is letting us get an early look at what the builders are crafting 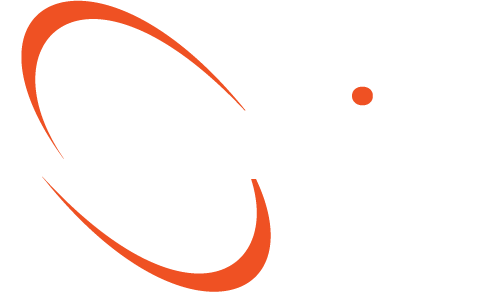